LVVTA is committed to....

"promote and retain the right of New Zealanders to use motor vehicles on the public road that have been modified, or constructed in limited volumes, for sporting, recreational, special mobility or business purposes...."

What Do We Do?

Although not a government department, the Low Volume Vehicle Technical Association (LVVTA) is contracted to administer modified vehicle standards and the Low Volume Vehicle certification system on behalf of the New Zealand Transport Agency. LVVTA — an incorporated society — came about as a result of an impending change in vehicle regulations in the 1990s. Now, some 25 years after its inception, the LVV system, managed and developed by LVVTA, is deemed to be amongst the best in the world for both vehicle owners and government alike. It’s a system that’s administered by modifiers for modifiers.

Each year around 6000 vehicles are certified through a nationwide network of certifiers. Training and supporting these certifiers, with a focus on consistency, is a key part of LVVTA’s daily business, as is developing appropriate legal standards as vehicles and modification styles evolve. Just like their customers, the certifiers and LVVTA head office staff all live and breathe modified vehicles and are passionate about the LVV system, all understanding the freedom it allows for fellow enthusiasts.

In a nutshell, the NZ Government requires that all vehicles meet applicable safety requirements. Once a vehicle is modified from its original state or is scratch-built, there needs to be a method of ensuring continued compliance.
The purpose of the low volume vehicle certification system, therefore, is to ensure that all modified production vehicles ‐ whether modified for commercial, passenger service, disability, recreational, leisure, sporting, or compliance purposes – and scratch‐built vehicles, have been designed and constructed in such a way that they are safe to be operated on the road, and comply as closely as practicable with the legal safety requirements applicable to high volume production vehicles.
We, the Low Volume Vehicle Technical Association (LVVTA), among other things, create the standards to which the vehicles are inspected, provide training and support to the LVV Certifiers and produce the LVV plates.
You can read more about the low volume certification system and the LVVTA’s history here.

One of LVVTA's core functions is to receive formsets from LVV Certifiers, and to produce the certification plates.

LVV Certification plate production - click for time-line, or for an expanded explanation of plate processing. 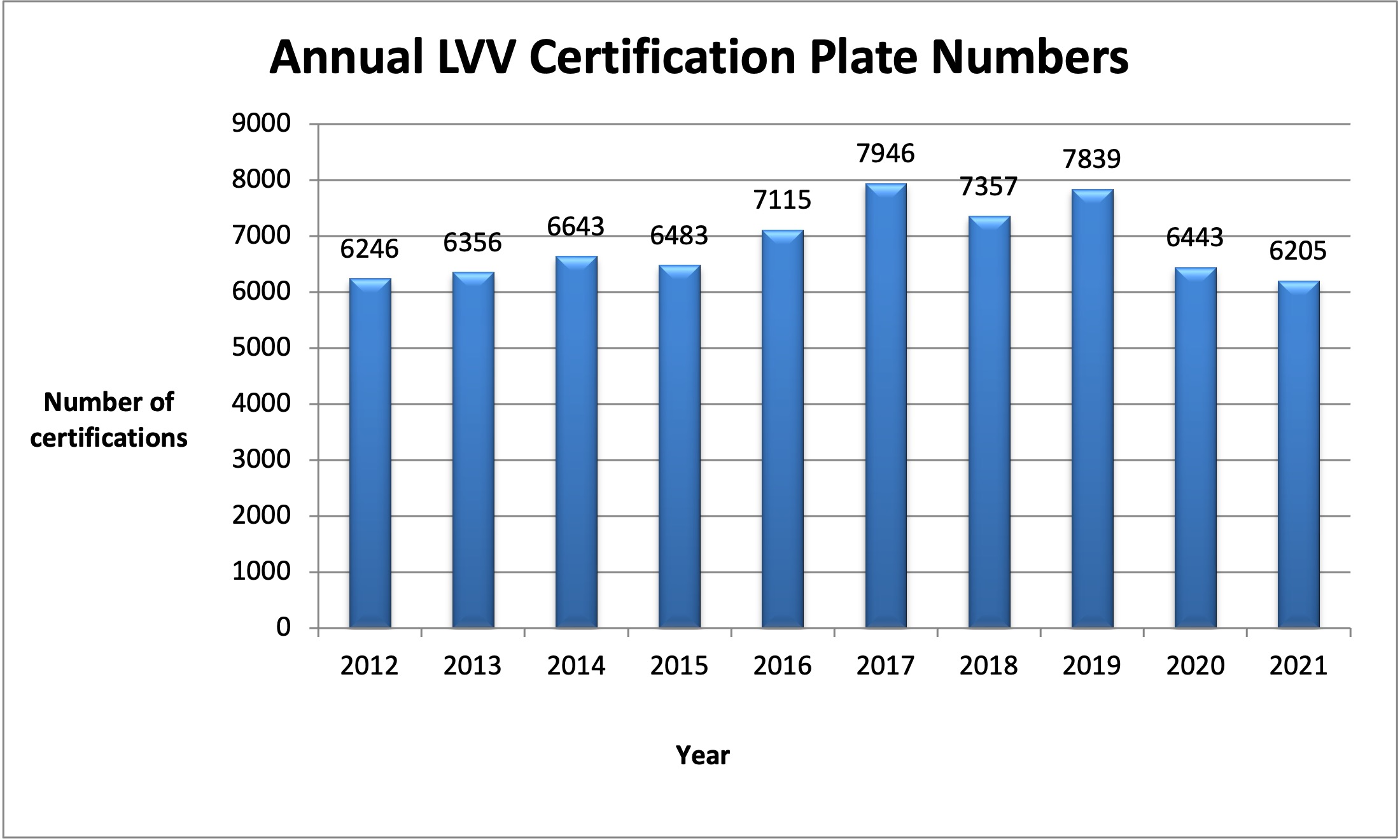 LVVTA will, during the development process of any new LVV Standards, or amendments to existing LVV Standards, consult with the Agency, the LVVTA Council Members, the LVV Certifiers, and affected industry members.

Click here to visit our 'Documents for Consultation' section.

Who do we deal with?

LVVTA staff deal with a large number of different people across a range of different industries and organisations. Click on the thumbnail below to see who we interact with. 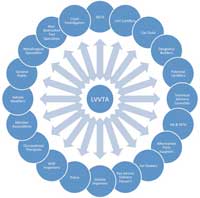 Other things we do